Art of goldfish photography by Brenda Rand. The following photos were taken looking down on fish in a pond of mature fish during a spawning session. Until you’ve seen a real spawning session by mature goldfish, you haven’t really seen goldfish at all. Even though there’s some distortion, it just seems to add to the affect 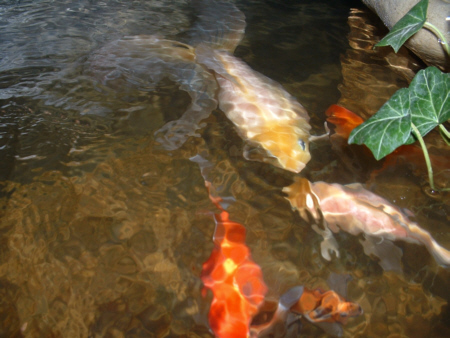 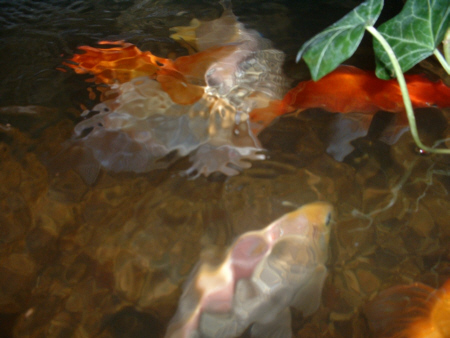 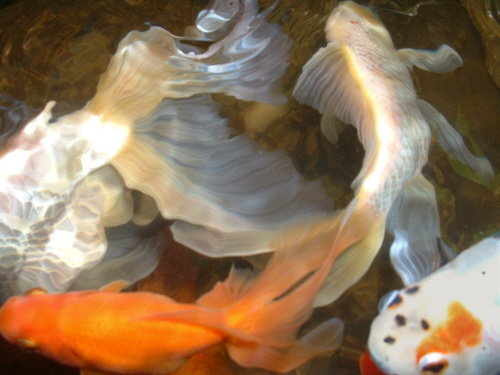 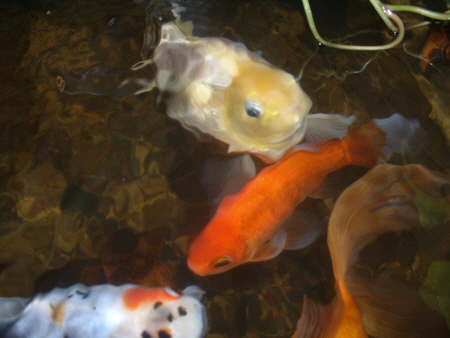 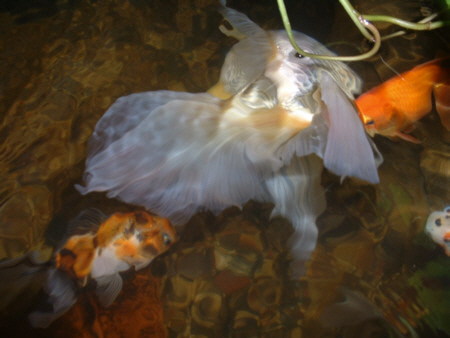 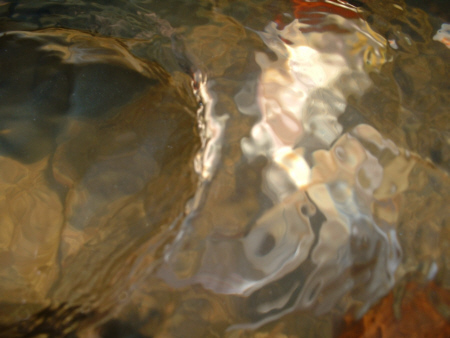 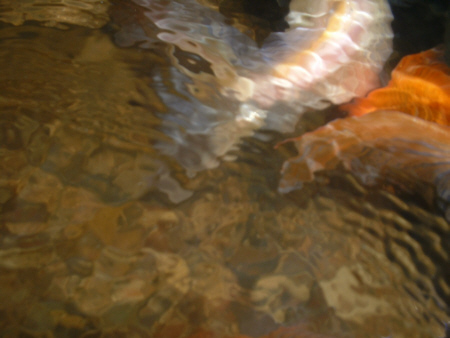 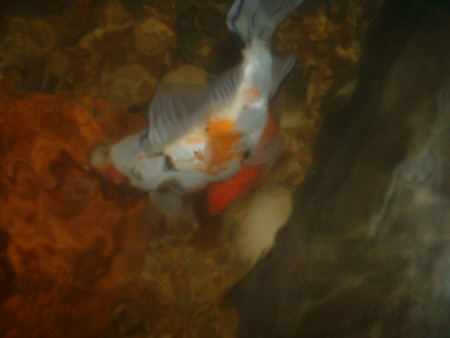 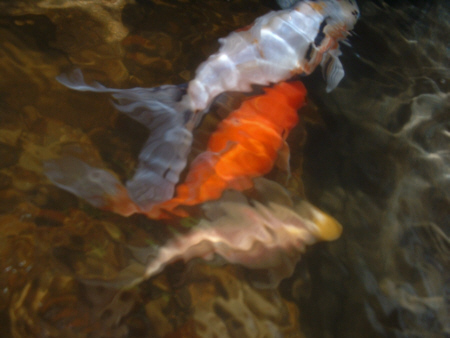 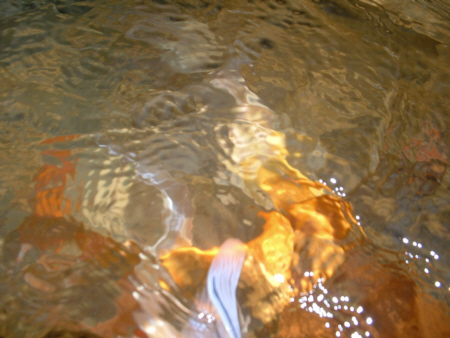 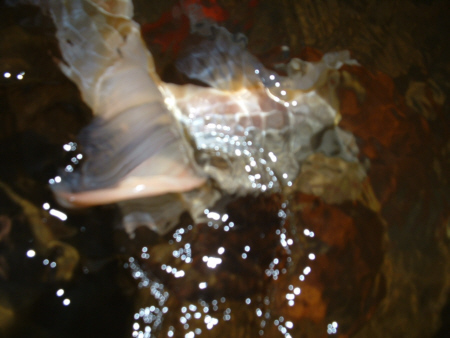 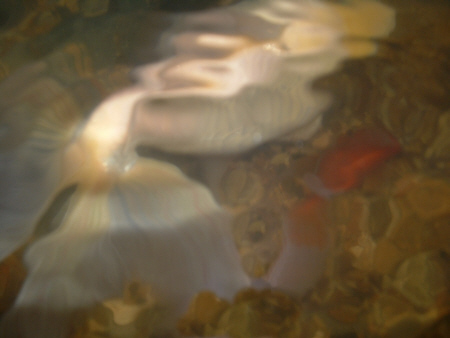 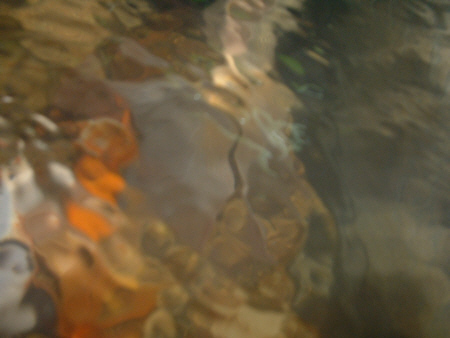 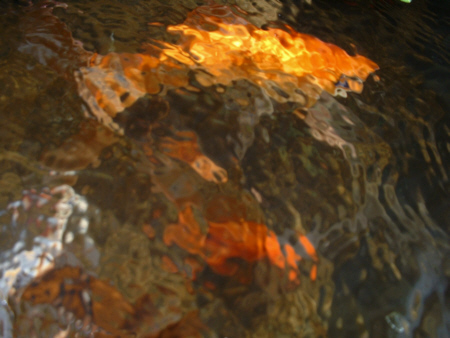 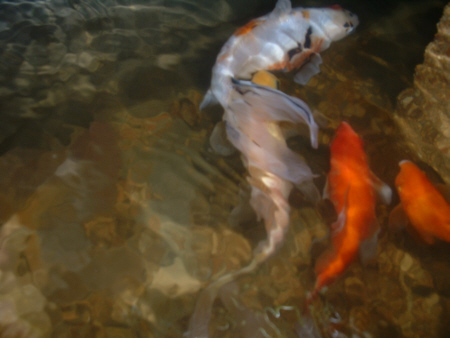 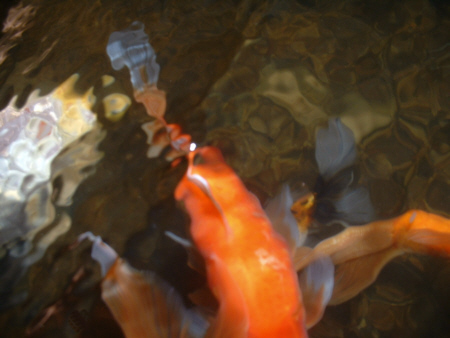 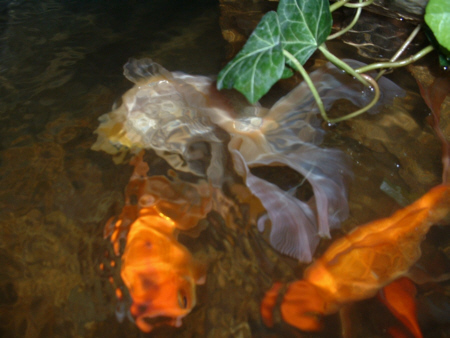 I hope you enjoyed viewing these treasured photos. Even though I’m not a photographer, I was inspired when my old school of fish had a spawning session. All of the males were in pursuit of all the females. The oldest fish in the school was 12 with the youngest being nine. My fish lived in a large stock tank, and were in excellent health

Years later I moved, and one by one my fish began dying. A scrap metal company a few blocks away had periodic explosions. I hated the blasts, but it took some time for me to make the connection. One day I was feeding my pearl scales, and as one was racing to my fingertips, an explosion occurred. The fish died instantly. It was then I knew

I tried in vain to stop the blasting. I contacted the city officials, however nothing was done

The tank was drained and set up on giant foam blocks in an effort to lessen the shock waves, which it did, however, it was too late. It was a painful loss. My user name is Venus, in honor of my big white fantail you see in the photos. He lived to be 13. He almost died of a pH crash at the age of three. I managed to revive him, which led me on this goldfish journey