Females develop eggs whether there is a male around or not, and in some cases, the eggs become impacted causing issues. If you have a female goldfish, and you’re in the market for a male just to make sure she gets the help she needs to release the eggs, you’ll need to know the sex before purchasing or you could end up with two females

Most pet shops won’t allow us to handle a goldfish to look it over closely enough to determine gender, and it’s very difficult to tell the males from the females if the fish are immature, and most pet shop fish are immature. If you want to make certain, it’s best to purchase from a breeder because they’re skilled at determining the sexes

How to sex goldfish

Male goldfish have flat vents, and females have swollen vents. The vent (private part) is located just below the tail fin

If you watch the goldfish at the pet shop for a while, you may see one fish chasing other fish. This is an indication the fish is a male. While spawning, males chase the females until they tire, rubbing and bumping against them. This act helps expel the eggs. As they’re released the male fertilizes them. Immature males typically chase the other fish out of instinct, whereas females don’t often indulge in this behavior, young or old 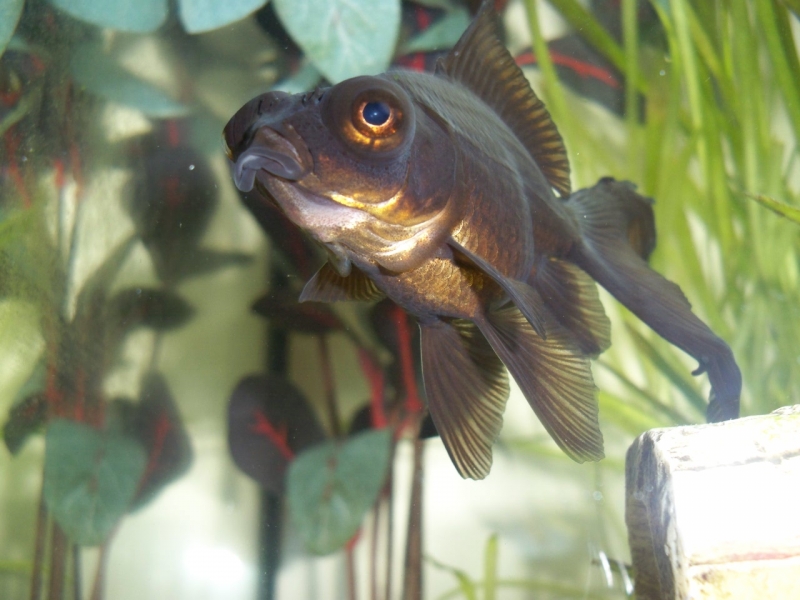