Feeder Fish are the most abused in the industry

Feeder fish can be purchased at the pet shops for as little as twenty five cents. The tanks they’re placed in are large, but always grossly overstocked. If you look closely, you’ll see several dead or dying fish in the school due to the fact the water is low in oxygen due to the overstocking

We call them feeder fish because they’re fed to other animals; turtles, carnivorous fish and even snakes

In the wild, small fish would have a chance at survival, but in captivity, their chances are slim to none. They will either die in the feeder tank, or become dinner or die at the hands of an inexperienced fish keeper. The fact is, experienced fish keepers are drawn to the fancy variety or the more expensive common variety, such as Sarassa comet, Wakin or Shubunkins

Feeder goldfish are common or comets

Feeder goldfish are the common (single tail) goldfish. The common variety include the first goldfish to be bred from the original gibel carp. This fish has rounded short fins, and sometimes the original silvery bronze coloration of their ancestor, the gibel carp pops up. Comets are are also of the common variety, having long, pointed flowing tails. These are the fish found in the feeder tanks

One might pay up to seventy five dollars for a mature common or comet goldfish online. Maybe this is because the survival rate is extremely low due to their branding as feeder fish; as small fry, they have little value

Moms and dads buy feeder fish for their kids because they’re cheap, and they assume goldfish have a short life span, dying within a few months of purchase. Most of them will never know the fish’s death is due to their own ignorance

We win them at fairs,. We take them home as a party favors. Feeder fish have even known to be swallowed by over enthusiastic sorority members

My daughter received two feeder fish close to twenty years ago; when my passion first began. After one died, the other swam into the glass repeatedly trying to get to its reflection. We headed to the pet shop to replace the dead fish, and picked out the only white fish in the tank. It turned out to be a fantail, but neither were prejudice. It was love at first sight. Both fish lived for another 14 years, and when the first fish died from female complications, the fantail died from a broken heart soon after. Don’t believe it? Other members have similar stories

Cruel and inhumane, the practice of using feeder fish to cycle tanks and ponds is common in the industry. What the public views as dispensable, fry (baby fish) will endure ammonia and nitrite poisoning with the toxins peaking at deadly levels. If they survive, the fry may be culled to make way for the more desired fancy goldfish or Koi

If your preparing to cycle a a pump or filter for an aquarium or pond, it’s not necessary to use feeder fish or any other fish to complete it. Instead, use the semi live fish free cycle. This method keeps toxins at safe levels that can be converted by a single dose of water treatment in your fish house, while a pump is being cycled in a bucket with no fish present. The waste is removed with a gravel vacuum and then added to the cycling bucket. The more water changes you perform in a day, the lower the toxin levels in the fish house, the faster the cycling pump completes 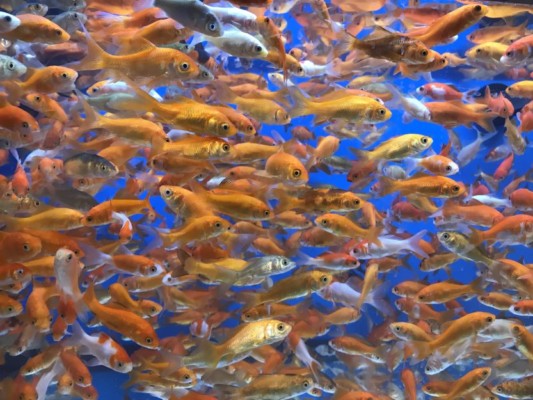 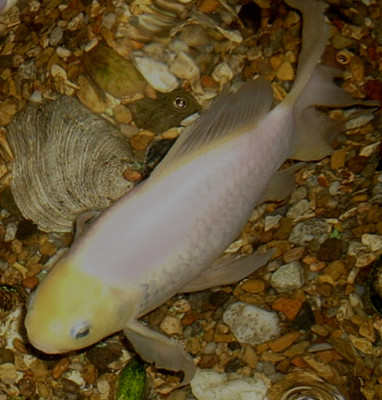