Euthanizing Goldfish and Koi can be done humanely

Most goldfish get sick at one time or another, and whatever ails your fish, it’s difficult to know if its going to improve with the proper care and time, or if it’s just going to decline; getting worse with each passing day. It’s very difficult to know when and if it’s the right time to euthanize a sick fish

You may hear someone say, just let nature take its course, but in the wild, a sick fish will quickly fall prey to a large and healthy one; it won’t suffer for long. In captivity, our fish can linger for weeks, even months before passing. We all have to use our own good judgment here; trust our instincts

Euthanizing goldfish and Koi can be relatively easy and painless; for the fish that is. Goldfish become dormant in colder temperatures; being a cold water fish it has no core body temperature. Its temperature is always the same as its environment. This can be a distinct advantage for the goldfish keeper. In a natural environment, the water temperatures may fall below freezing temperatures

Although they cannot survive being frozen solid for long periods of time, they can survive close to freezing temperatures for an unlimited time. Reason being, their organs shut down and they no longer require food or oxygen; much like a bear in hibernation. You may think this would be painful for the goldfish, but keep in mind, only warm blooded creatures, such as dogs, cats, and humans alike find cold temperatures painful 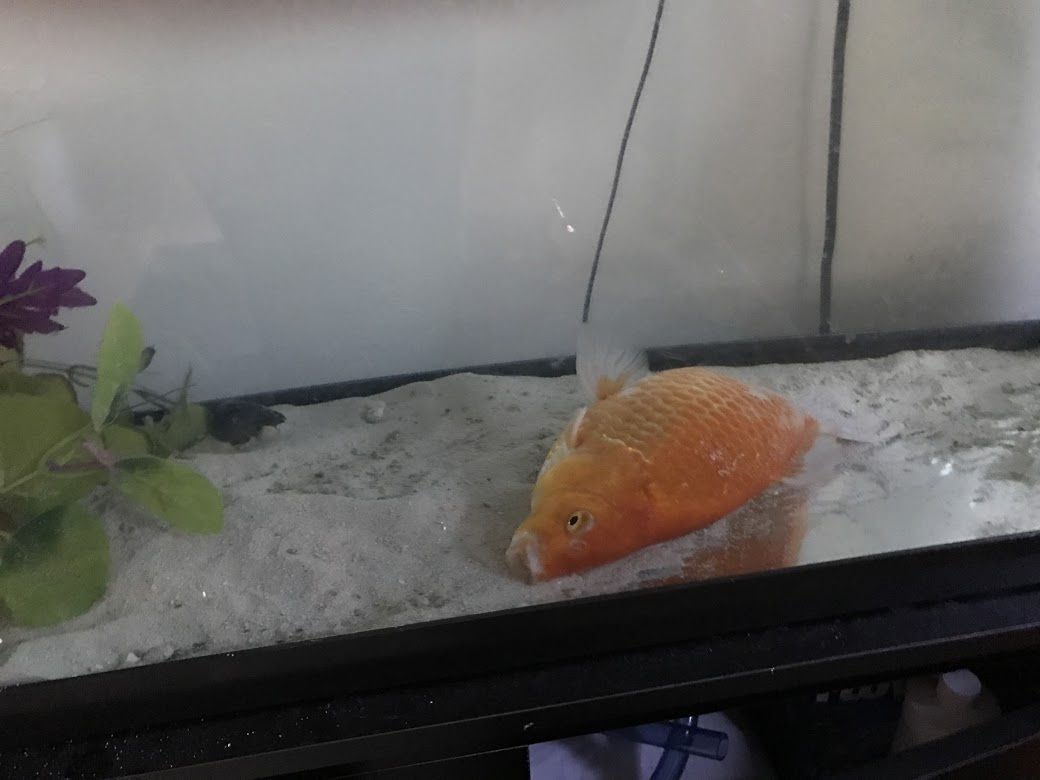 Death of a Goldfish

1. Scoop up the fish along with tank or pond water in a large disposable container; one that is opaque (for discretion) instead of translucent. Do not cover

2. Place in the refrigerator for 3 to 4 hours, so that the fish will become completely dormant

4. Cover and place the container in the freezer for a minimum 36 hours

5. Dispose of container at your discretion

On rare occasions, goldfish have been known to come back from the dead. Read the story of how one goldfish leaped from its tank and was found dried out; rock hard hours later, only to come back to life when returned to its tank. There are many such goldfish stories. Every creature big or small has a very strong survival instinct. Euthanizing is often a very tough decision to make. Consider this option only when there’s no chance for life, and their suffering is too much for the both of you