In Dec 2018 one of my fancy goldfish started be having oddly, she was struggling to keep upright, she would float with her tail up but only towards the end of the day, then sleep at pretty much 90′ in the night.

She was also being chased by the two males who had white spots on their gills, so guess this was mating behaviour.

After a time this all stopped and the female fish got back to normal, so didn’t think more about it.

Then a few march I noticed a tiny baby fish in my tank! So the much have mated.
I didn’t see the eggs. It’s a very heavily planed tank. and I guess most of the eggs/fry were eaten. But luckly one survived.

I got a net enclose and put the baby in there to protect in.

Then a couple of day later I spotted a second baby. I looked round but really couldn’t see any more.

After a week or so in the net I set the babeis up with a new 90l tank.
Video here:

Since then the have been growing quite a it, but still retain their silver colour.

Here is a video a month later:

I’m waiting to see what happens when they get their colour.

Mum is a schubunkin and the dad could either be an orange pearlscale. or a red and white ryukin. I’m guesing from their shape so far that the ryukin is dad. 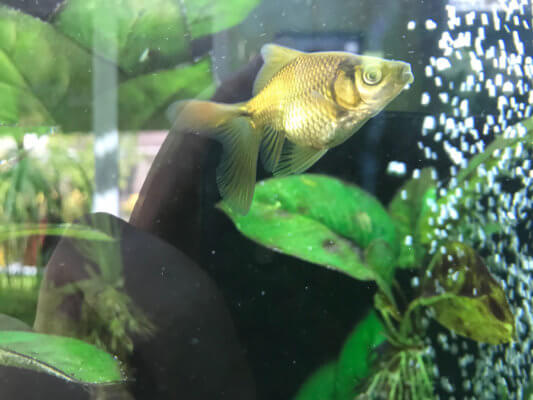 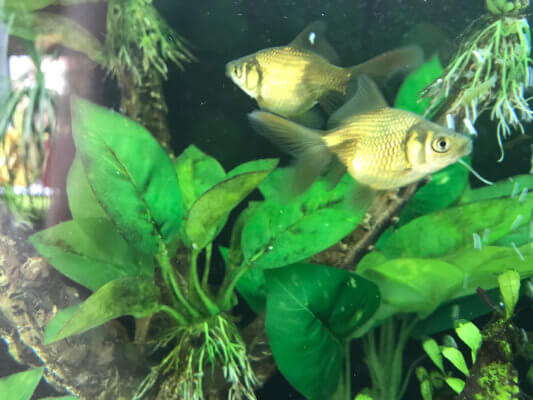 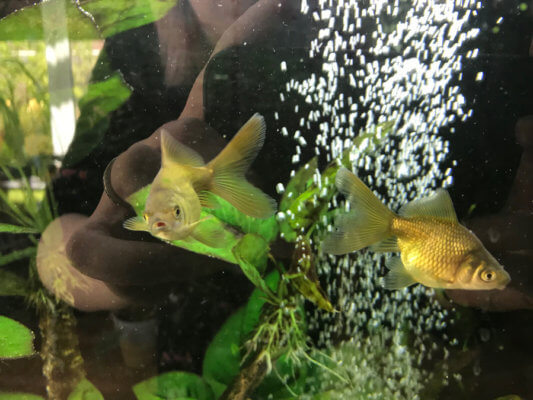 About the Author: blink